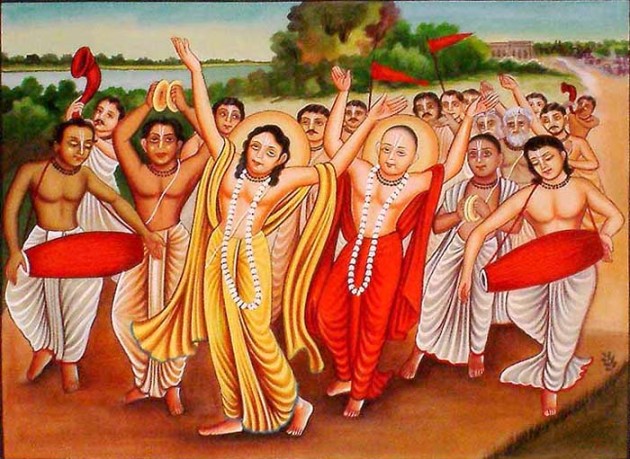 Kirtan is a Sanskrit word that means "narrating, reciting, telling, describing" of an idea or story. It also refers to a genre of religious performance arts, connoting a musical form of narration or shared recitation, particularly of spiritual or religious ideas.

Kirtan dance is one of the most common folk-dance performed in the West Bengal state of India. Kirtan involves chanting hymns or mantras while dancing to the accompaniment of certain instruments such as the harmonium, the veena or ektara, the tabla, the mrdanga or pakhawaj, flute and karatalas or talas (cymbals). It is a major practice in Hinduism,Vaisnava devotionalism, Sikhism, the  Sant traditions and some forms of Buddhism.