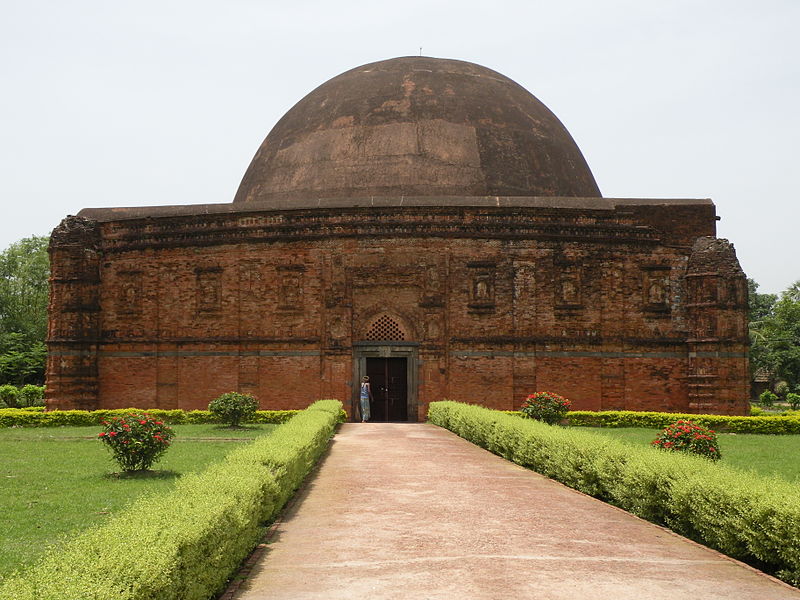 The Bengal Sultanate(1352–1576) usually employed brick as the primary construction material, as pre-Islamic buildings had done. Stone had to be imported to most of Bengal, whereas clay for bricks is plentiful. But stone was used for columns and prominent details, often re-used from Hindu or Buddhist temples. The Eklakhi Mausoleum at Pandua, Malda or Adina, is often taken to be the earliest surviving Islamic building in Bengal, although there is a small mosque at Molla Simla, Hoogly district, that is probably from 1375, earlier than the mausoleum. The Eklakhi Mausoleum is large and has several features that were to become common in the Bengal style, including a slightly curved cornice, large round decorative buttresses and decoration in carved terracotta brick.